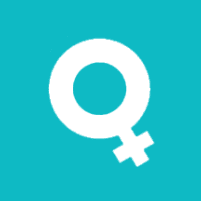 Choosing the right birth control is much like finding the right doctor — there are plenty of options, but only one that works perfectly for you. The dedicated team at Hawaii Women’s Healthcare in Honolulu is there to talk to you about contraception options that suit your lifestyle, so you can make an informed choice. Call or book an appointment online today to learn more about your birth control options.

What is birth control?

Birth control, or contraception, is any way in which you prevent pregnancy. Some of the most common forms of contraception include:

Some of the most common birth control brands that Hawaii Women’s Healthcare recommends are: Mirena®, Skyla®, Kyleena®, Paragard®, Nexplanon®, Depo-Provera®, and NuvaRing®.

Does birth control come with side effects?

Aside from abstinence, almost every form of birth control has unwanted side effects and potential risks, such as:

Many of these hormonal birth control side effects will subside within the first month or two of use, but contact your doctor if they persist for longer than three months. The team at Hawaii Women’s Healthcare may recommend another birth control option that’s better for you.

What are the benefits of birth control?

While hormonal birth control does come with side effects, there are also plenty of other benefits, aside from pregnancy prevention, including the treatment of:

Hormonal birth control is a particularly good idea if you or your daughter suffer from extremely heavy periods.

Do I have other options?

If you don’t want children or don’t plan on getting pregnant again, talk to your doctor about permanent solutions, such as laparoscopic sterilization.

Also known as a laparoscopic hysterectomy, this minimally invasive procedure is the removal of your uterus.

Choosing this procedure means you will no longer be able to have children and, depending on whether or not you have your entire uterus and ovaries removed, your menstrual cycle will cease entirely.

This particular type of sterilization is different from a traditional hysterectomy in that it is minimally invasive and only requires a few small incisions.

If you have been considering having your uterus removed entirely, talk to your doctor about the benefits of a laparoscopic hysterectomy.

Call or book an appointment online today with Hawaii Women’s Healthcare to learn more about your birth control options.